This store is from the town of Lamont.  The Alberta Lumber Company was a chain business that operated outlets throughout Alberta.  The operator of this location in 1928 was Val Mohr, a German from Galicia.  To serve his largely Ukrainian clientele, Mohr spoke some Ukrainian and provided some signage in Ukrainian on the exterior.

This store sold building materials, windows, doors, paint, and some hardware.  They also sold and supplied coal and cement.

During 1928, parts of east central Alberta were experiencing a building boom as the CPR was building and opening a new rail line through the region.  Lumber yards such as this one were busy supplying all that was need to build new stores, homes and businesses in the newly-established towns along the new rail line. 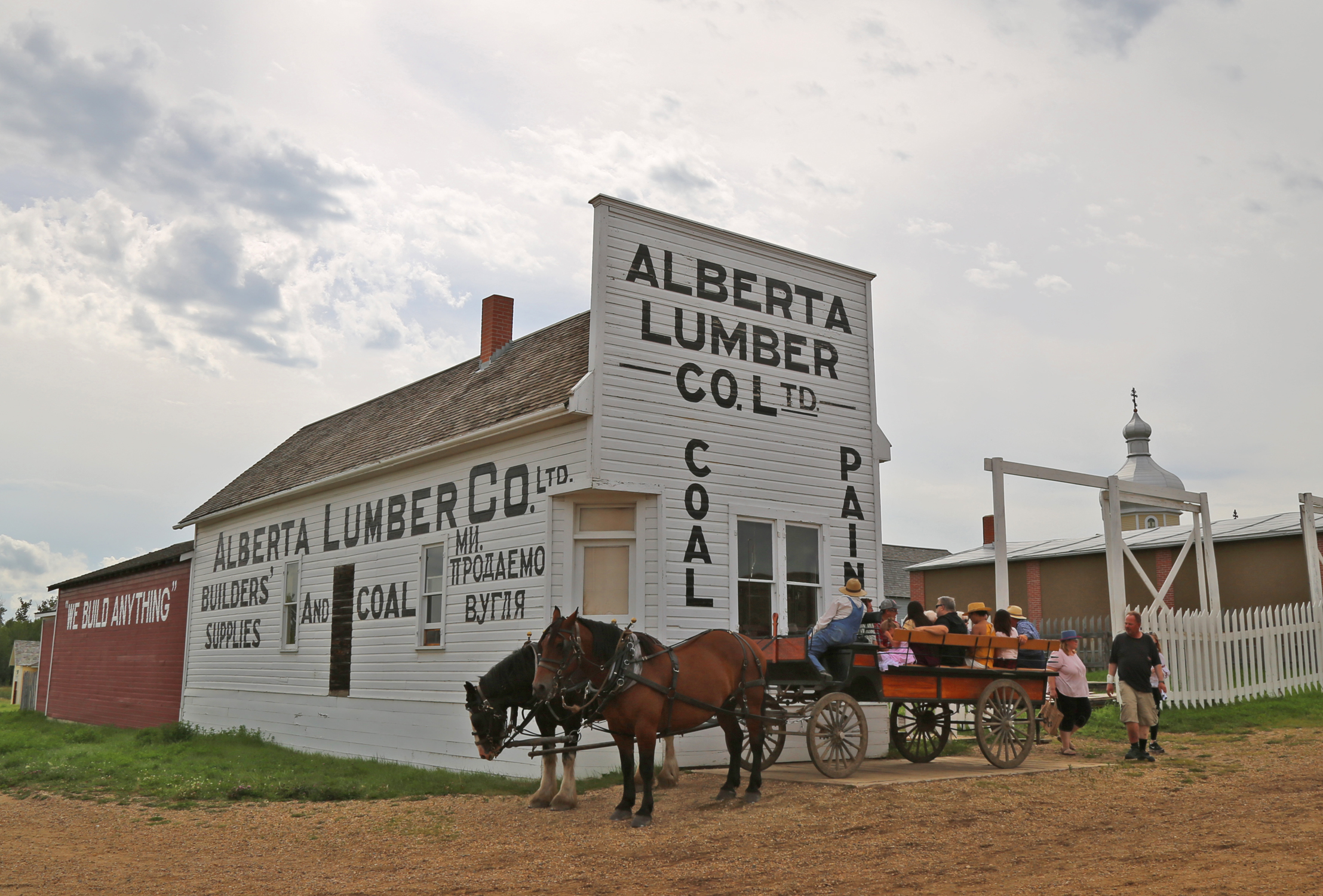