Many towns in Western Canada had at least one grain elevator along the railway tracks, some towns had up to 5 or 6.  Elevators such as this one allowed farmers to sell their grain into the world grain market and earn income.  The elevator companies bought the grain from farmers and then sold it out to market.

When the elevator had enough of one type of grain to fill a rail car like the one beside this elevator, the engine system would again be used to move the grain from the bins into the rail car.  Filled cars were moved by the railway to larger centres for further shipping, a process that still happens in much the same way today. 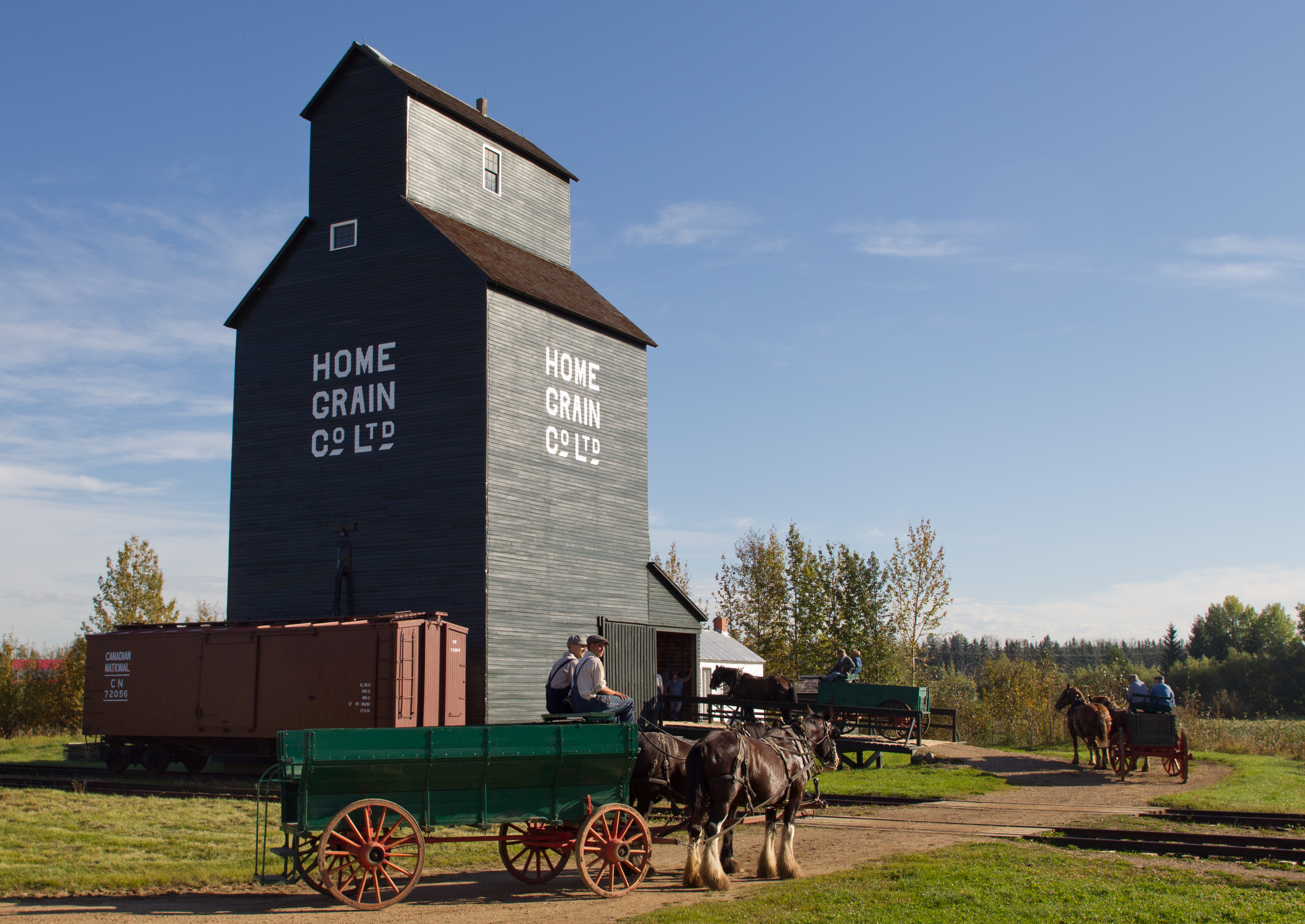 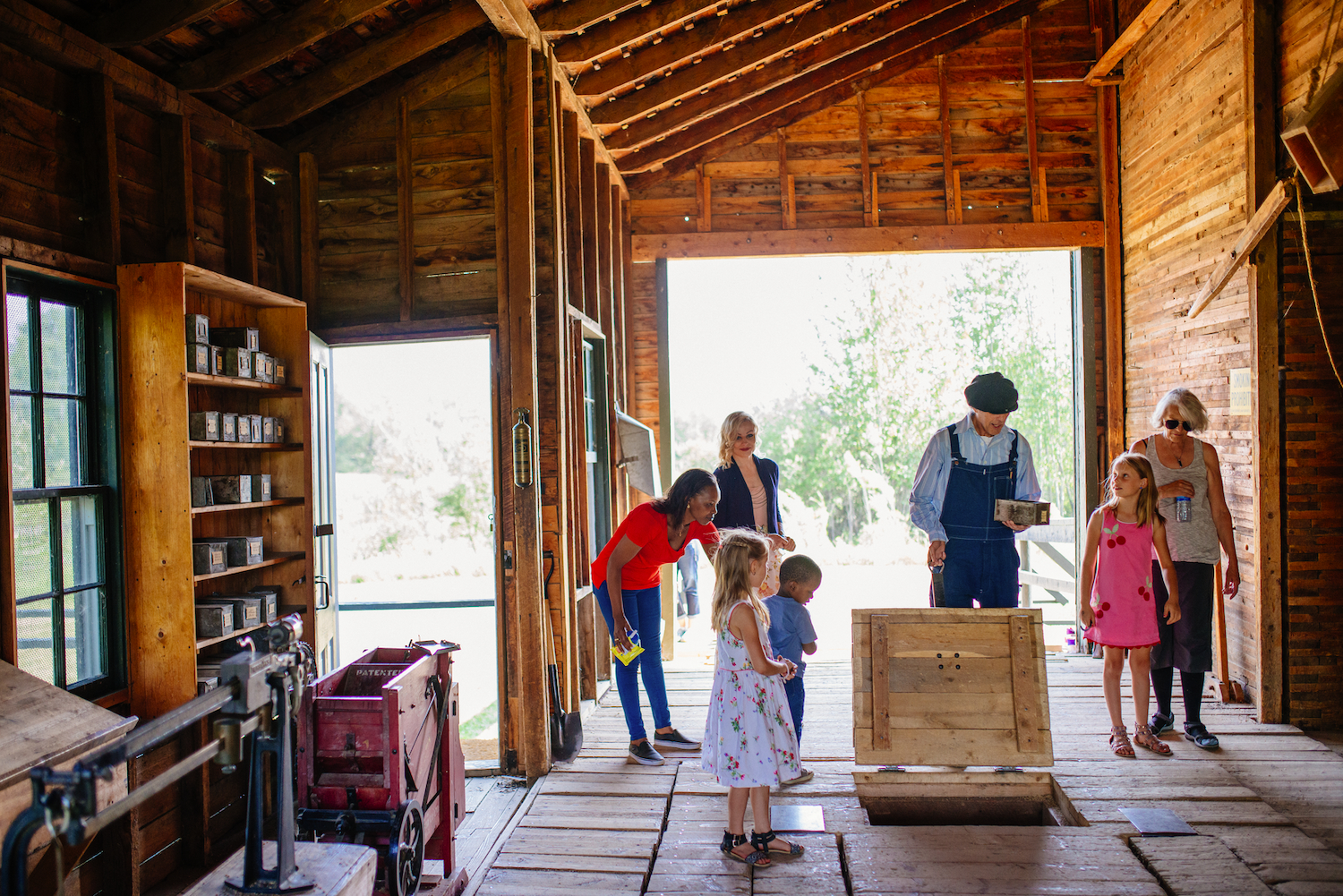 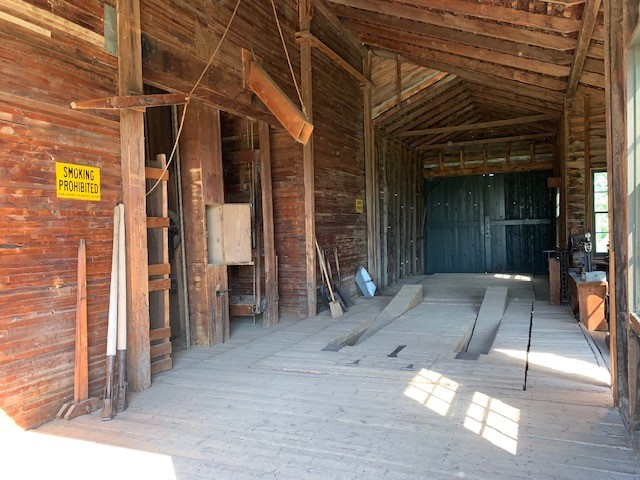