The Hlus house is typical of the first permanent homes constructed by settlers from Galicia.  The layout is two main rooms divided by a central hallway. Most daily activities took place in the kitchen area, with the other room being used for formal occasions and storage.

As in the Old Country when homes were built without brick chimneys, this house has a vent hood over the stove that leads smoke into the attic.

Most of the Ukrainian immigrants who settled in east central Alberta between 1892 and 1914 came from the Austro-Hungarian crown land of Galicia.  The intangible and tangible culture of Galicians differed from their Bukovynian counterparts and caused settlers from each region to group together when settling in Alberta. 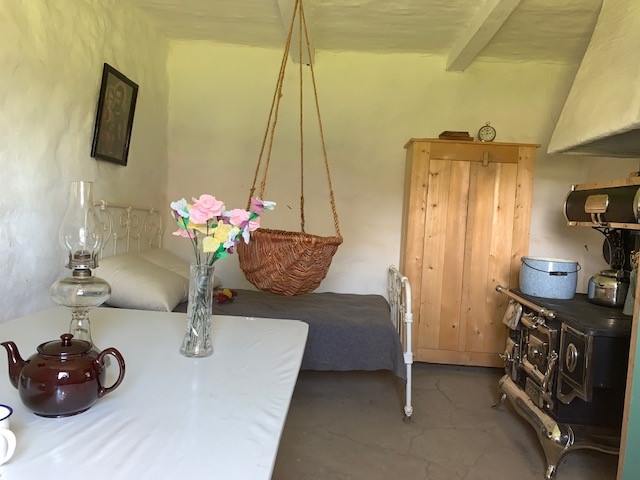 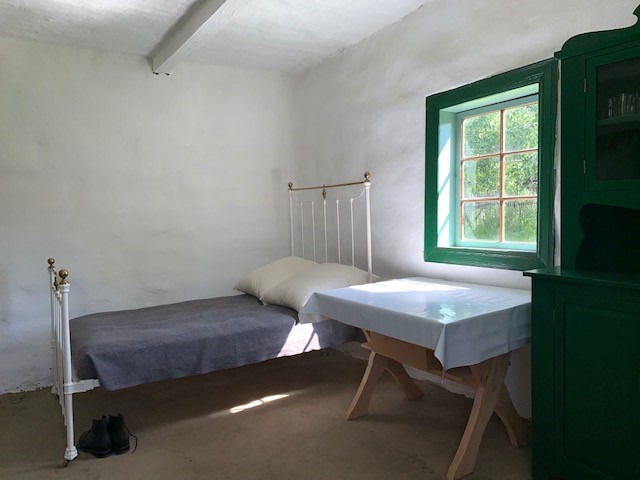